O is for Original Sin

“Wittaya used people the way his father had used tools. He remembered watching the man work and marveling at his artistry, his concentration. He could be awesomely focused in times of sobriety. Each tool brought to bear on the blank canvass of a piece of wood for a specific purpose, a limited time, then discarded and ignored until need once more. The finished product, a carving of breathtaking beauty for which men paid good money. Although possessing no such skill as a woodworker, Wittaya considered himself an artist in his own right.  He had a team of people upon whom he could call, but who were forbidden to trouble him even if they did possess such temerity. His favours were only ever gifts to be received according to his whim. The outsider may have seen caprice, but the superficial randomness masked engineering. Manipulation.”
from chapter 11, Ashmore Grief 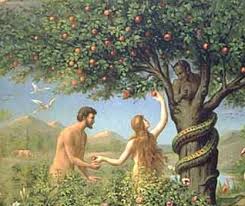 Pride is the original sin. According to the Bible it was pride which led Adam to disobey God’s command in the garden, and partake of the Forbidden fruit which then saw him and his wife, Eve, cast out of paradise. It was pride which saw Lucifer exiled from heaven along with a third of the heavenly host who thought to raise themselves above their creator.

Pride makes a man declare independence from God and from others. I am enough. I can do it myself. Have you met a self made person? Have you heard their tales of triumph over the obstacles the world has thrown in their path? Pride rejects help even when it is needed. Pride doesn’t acknowledge other contributions to success. Pride justifies immoral or unethical actions. Pride audaciously declares, “I am the most important person in the world.” Pride focuses attention on the self. The ego becomes the master. 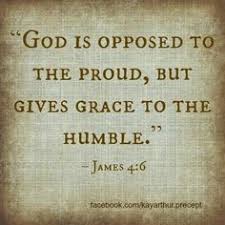 In Ashmore Grief, pride drives Wittaya Keawwanna. He dresses his pride in altruism, but his ambition is fuelled by a darkness which causes him to function with deliberate ruthlessness. The Proverbs tell us that pride goes before a fall...what calamity awaits Wittaya?

When has pride caused you to fall from grace?