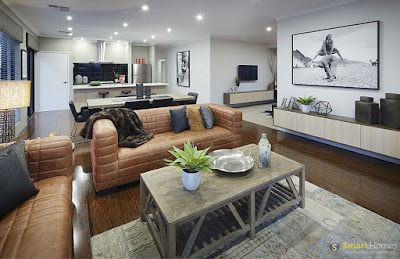 It's advertised as a family home, but I'm struck by a thought as I reach the end of the hallway which extends from the front door to the back of the house. I've walked past four small bedrooms, (even the master feels pokey), a bathroom and a laundry, to arrive at the 'open plan' living area which combines kitchen, dining and lounge room.

The house is still occupied so the resident's choice of furniture may be colouring my perspective, but I see in the living area that there are only two eating options. You stand in the kitchen or you sit on the lounge in front of the television. There's a poor excuse for a backyard and a modest sized 'outdoor entertaining' area.

The space devoted to shared family experience in this family home is minimal. I leave quickly. This place isn't for us. I want some room for family and guests to hang out together and yet not be on top of each other. Call me old fashioned but I like the idea of sit down meal with no other amusements. Just people and food.* 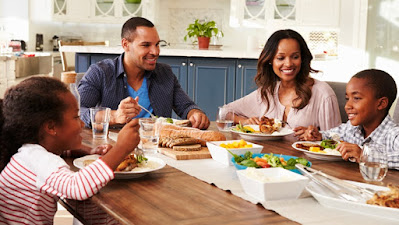 Food is for the body, to satisfy hunger and to nourish us. People, with whom we have relationships, are for the soul to satisfy a different kind of hunger and to nourish our souls. Certainly we need to eat, and good food definitely enhances our lives, but there's a different kind of food we need to be really happy. Good relationships are crucial to our mental, physical and spiritual well being. In the house I viewed, I saw a suburban cell block, designed to isolate members of the household and hinder the development of good relationships.

Think about the design of the house in which you live. Is it a house which serves the family unit or the individual? Is it an open house, a welcoming and generous place which puts people and relationships first?

Of course, your home should be a sanctuary, a place to rest and withdraw, but it shouldn't be a jail, a fortress or a permanent hiding place. As well as the houses in which we live and make homes, the food we eat-when, where and how-helps build strength and unity in our family relationships.

Like good, healthy relationships, happy, peaceful families don't happen by accident. They have to be engineered, which in the first instance involves making certain choices. In order to live the life you want, you have to be intentional about it. The physical space you live in, and how you use it, is just one of the areas which need to be considered. The modern world delivers many mixed messages when it it comes to relationships in general and families in particular.

Today, I've talked a little about the design and use of space in the family home. In my next post, I'll explore another of the battleground areas for families.

* by distractions I mean television or handheld devices. I think board games are good value. A fun and excellent relationship building activity.

When it comes to snake oil, it goes without saying that 'wariness' should be our collective middle name. Advertising bombards us with disingenuously seductive messages, and although we are not unaware of the tricks, misinformation and social engineering involved, it is unquestionably effective. For example, I've written previously about my sudden need to own a particular brand of knife which was caused by advertising.

I'm relatively immune to this kind of snake oil. Aware of the subtle messages and appeals to my emotions, I've learned to resist the push of advertisers. However, I've recently caught myself being sucked in by a different mode of attack.

If you're familiar with Ray Bradbury's sublimely prescient novel Fahrenheit 451, you may quickly gain some sense of what I'm about to confess.

For many people in the 21st century, social media platforms have become the primary source of information, entertainment, and the demon spawn of the two: infotainment. At the top of your Facebook page you will see this icon: 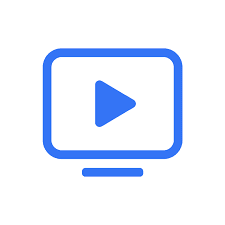 It should come with a warning label, but as it doesn't consider yourself warned. This icon is called 'watch' and by clicking it, you are opening yourself up to extremely addictive, personally tailored content. Based on your browsing preferences and previous viewing, Facebook selects videos for you to watch.
My 'watch' feed is dominated by boxing videos because I watched one back in the day, then watched another. This isn't the end of the world. Although I did get to see a very entertaining 'no rules' boxing/wrestling bout between Floyd Mayweather and The Big Show, I can take or leave these mostly historic boxing videos. 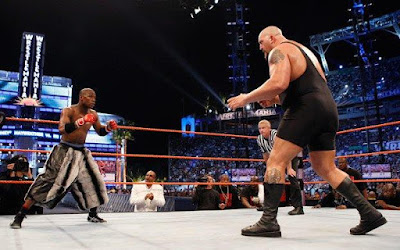 Of greater concern is the type of video which caused my awakening. These videos start by briefly setting the scene and then assuring the viewer 'you won't believe what happens next.' Despite never being faintly surprised, let alone shocked by any of these endings, I kept watching more. Even knowing that watching these videos ultimately and inevitably produced disappointment, I kept watching them in the hope I would be surprised...at least once. Or perhaps I was watching for some other more sinister reason?
'Every banana does this' says the caption, as footage of a person placing a banana on a plate into a microwave oven fills my screen. I've seen dozens of food based videos which achieve nothing other than waste ridiculous quantities of food, and consume time like a ravenous wolf.
'You won't believe how he reacts' says the caption across a video showing a man standing next to a woman who is blindfolded and holding a set of large carboard cue cards. I've seen dozens of relationship based clips (wedding proposal, confessions of infidelity etc) which are not only lengthy and boring, but probably staged. The anticipated reaction, the lure to hook the viewer, is completely predictable. Time? Gobble. Gobble. Purpose? Unclear. Artistic value? Zero. I'm sure you get the picture.
'You won't believe what happens next' says the caption. The video shows a car pulling out on to the road and inadvertently (it looks accidental) cutting off a motorcyclist who then has an ongoing argument with the driver. Road rage is shameful. Recording road rage for the entertainment of others is demeaning. Yet, I watched quite a few of these videos as well during my darker days. 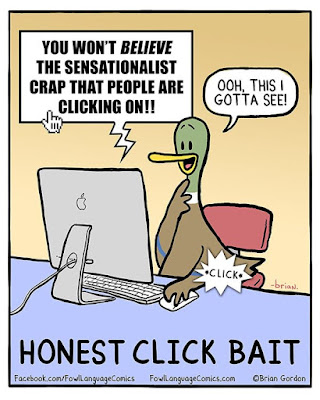 This is my confession of a short addiction to what some people call entertainment. There are thousands, maybe tens of thousands, maybe more - of these videos. There are channels dedicated to producing embarrassingly banal videos which are an audio/visual version of chocolate for sweet tooths. A treasure trove of vicarious living.
The clip which broke the camel's back involved a woman parking across a private driveway. When asked not to park there by the owner of the house, she ignored the request and walked away. After watching the unsurprisingly disappointing end, I reflected-as I do. What I watched was adults behaving badly. The video was a pathetic attempt, by the 'victims' to justify childish behaviour. To gain sympathy for the outrage committed against them.
I suddenly felt sad. So much of what entertains us, depicts the bad behaviour of others, and we love it. We love watching other people stuff up, act selfishly, wickedly. We love to watch people get hurt. We love to watch others fail. Why? Probably, because it makes us feel better about ourselves. It is yet another form of self medication.
For those who have eyes to see and ears to hear, the insidious message is clear. Ease your own suffering, by enjoying the suffering of others. Ignore your own shortcomings by lampooning the weaknesses of others. Avoid or ignore your own troubles, by pointing fingers of blame at everyone else.
For me, this was short, sharp lesson, and I won't be watching anymore of those stupid videos.