An Invitation to Pain

Roughly four weeks ago now I made a decision which has had a significant ongoing impact on my life. This is not an unusual thing. Not for me, nor anyone else. Life is full of choices, and all choices have consequences. Naturally, many of our daily decisions are trivial matters which we make quickly and without any real consideration. However, the bigger, potentially more beneficial or disastrous choices must be thought through carefully.

This is one area where I excel: thinking things through. I am an analytical and reflective person who does not take major decisions lightly. Generally, I am neither reactive nor spontaneous. I weigh up my options and take into account the possible ramifications. I run through scenarios in my mind, and I also talk to people. Sometimes, I talk because I think the person to whom I am speaking may be able to help me with some fresh insight into the situation. Other times, I talk because the act of vocalizing a problem or a dilemma is, in itself, helpful in providing some clarification.

What was the decision I made? I was reading the church newsletter and they were calling for players for the soccer team. I knew it was an all age team and I thought to myself, I'd like to do that. So I thought about it, and I talked to my wife and children about it. It would cost me 5-6 hours per week, a couple of hundred dollars to register, and it would probably hurt, especially in the pre season training period. There was also the possibility that I would suffer serious injury. I might not even make the squad as there were going to be more players than required.

Eventually, and I'm talking days later, I joined the team. The first training session was 4 weeks ago, and I have been in pain everyday since. I finish training feeling a mixture and elation and exhaustion, and despite the agony, I look forward to going back for more. 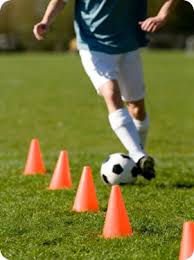 I'm loving being pushed physically by a coach who is harder on us than I ever would be on myself. I'm enjoying rediscovering my skills, (I was in retirement for 30 years) and the challenge of trying to find the speed I lost somewhere along the way, and the power. I like the camaraderie and the dynamic of the different personalities of my teammates. My body is screaming for relief but this is good for me as a whole person, so I ignore the pain and treat the muscle injuries, and go back for more punishment. When I'm straining for breath after a brutal series of running drills, when I am in the thick of the game, running, tackling and kicking, I forget my troubles. I have found another form of escape. I feel at peace. So far the decision to play soccer has proved to be a good one. Stay tuned.

When have you made a decision which has been painful, either emotionally or physically, but has turned out to be of great benefit to you?

I just finished reading Joseph Conrad's Heart of Darkness (read my review on Goodreads here https://www.goodreads.com/book/show/117837), and I was reminded of the potential for evil which lies within all of us. Given the right set of circumstances, or the wrong ones depending on your perspective, each of us has the latent capacity to do something of which we would not have expected ourselves capable. The people around us, even those we know, love and trust may choose a course of dangerous and disturbingly unanticipated action. Have you ever played the game called, what if...?

In Heart of Darkness, Conrad examines this idea, and seems to suggest that evil is a kind of madness. The title of his novel refers both to the setting for the book, in a Congolese jungle, and to the moral condition of the almost mythical central figure, Kurtz. Consider this quote from Heart of Darkness, and you might wonder about how much choice Kurtz had in the person he became.

"...a spell...this alone had beguiled his unlawful soul beyond the bounds of permitted aspirations." (p.96)

Are some people evil? Do others choose to be evil? How many evil acts does it take to make you an evil person? What is evil? Obviously there is no scope here for me to discuss these questions, but I would invite you to ponder the concept of evil.

This week in a suburb of Melbourne, Australia, something happened which can only be described as an act of horrifying evil. Eleven year old Luke Batty was bashed to death with a cricket bat by his father in front of onlookers. The man, who was fatally wounded by police when he failed to surrender, had a history of mental illness and was estranged from Luke's mother. Despite this, she said that both Luke and her trusted him, and had no reason to be concerned for their safety.

I feel like crying as I think and write about this awful, unimaginable tragedy. Was it an act of evil or madness? Or are they the same thing?

This is the world in which we live, permeated with evil in its many guises, where darkness lurks in our hearts, and yet we stumble on blindly because we don't always recognize it, and when we do, it frightens us. But we are not helpless, nor hopeless. God has given us the resources to fight the darkness in our hearts, to resist evil wherever and in whomever we see it, and to love and forgive one another, until he calls us home.

Everyone has heard the saying, "It's not whether you win or lose, but how you play the game" or variations on that theme. One common retort to that maxim made by people who really like to win, is to say that only losers say winning is not important. The more ruthless among us might respond with "winning is the only thing that matters." 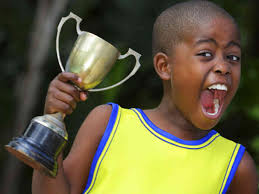 I am a competitive person. I play games to win, and if I don't try to win, it isn't fun. If my opponent isn't trying to win it also diminishes my enjoyment. I'm a stickler for the rules and I believe I also demonstrate what is called "good sportsmanship", but I do like to win. Winning is more fun than losing. Trying to win infuses the contest with meaning and drives me to do my best. 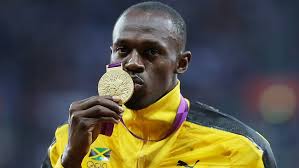 Winning equals success. Losing is the same as failing. We talk about this kind of success in sport, in business and arguments, and even in personal relationships where the rules of fair play are no less pertinent. Most people would agree that winning is an important and worthwhile ambition...but not at any cost. Unethical or immoral behavior is not an acceptable way to win. Winning by any possible means usually suggests the employment of foul means, and this is not regarded as okay. It isn't cool to win by cheating, and people don't like ungracious winners either.

Winning is not everything in sport, business or personal relationships. People who think it is, are justifiably criticized and held in low esteem. There was however, one instance in which winning was everything: the resurrection of Jesus Christ.

Christ's death and resurrection are historical facts. This is the Christian interpretation of those facts. Jesus not only died for our sins but defeated the power of sin and death when he rose from the grave. If Jesus had not won this victory for us, we would have all been lost. If Jesus has not conquered death, as we believe, then our faith in Him is useless. Jesus victory means everything to us. When it comes to the eternal destination of our souls, and the freedom to live this life free from the tyranny of sin...winning is most certainly everything.

What's you view on winning? Are you competitive?