“‘Even if you are accepted as a refugee, there is no guarantee

that you will be permanently resettled in Australia.’

The words were delivered in a harsh and unsympathetic tone by a woman whose countenance bespoke weariness. Thuza physically experienced the lack of emotion. Translated from English, they were soul crushing words in any language. Being told that her claims for asylum would not be processed faster simply because she had jumped the queue, deflated her further. In opposition to the lie told to her by the man she had paid and prostituted herself to, was the truth that there was no advantage in applying for refugee status on Australian soil. It was not a short cut.”  – excerpt from chapter 4, Ashmore Grief 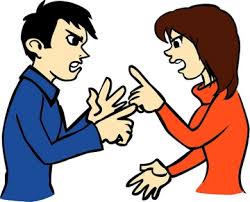 Conflict is a constant staple of most of our lives. We are always fighting something or someone, even if only battling against our own proverbial demons. We struggle for peace and for contentment, as we battle against the system, against injustice, against each other. Some people even seem to enjoy conflict. Whatever private or public war they are waging defines them and brings order and purpose to the lives. We’ve all met people who stagger from one personal disaster to the next, as we look on and wonder why they keep doing that do themselves.

Why do we make life difficult for ourselves? Why do we complicate things? Choose foolish and difficult paths which necessitate battles? Sometimes, for whatever reason, we make bad choices, and then complain about the adverse consequences, or the lack of success. We’re a bit dumb some times, us humans, aren't we?

Photo sources:
http://jennylincoln.com/team-success/conflict-serves/
Posted by DA Cairns at 3:02 AM