Some time in everyone's life - multiple times throughout life in fact - difficult choices will present themselves. There are moments when decisions have to be made, important, pivotal points in time. The consequences of these decisions need to be considered when there is sufficient time for proper consideration. On occasion, we are forced to act quickly without proper deliberation.

Here's an example of a watershed moment which occurred recently in our lives. Everyone knows air fryers are a safe and healthy alternative to traditional oil frying. Having had countless hairy cooking sessions and suffered injury as well, my wife wanted to ditch the oil and go for the air. 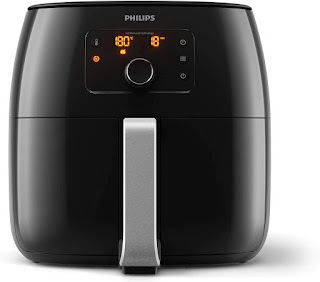 So off we went to The Good Guys. The Good Guys at Warrawong are situated in a row of large homemaker stores. All the major furniture and appliance retailers are there, except Bing Lee. We chose The Good Guys for two reasons. First, our last appliance purchase had been there, albeit at the Millner store in the NT, and secondly because when you are travelling southbound on King St, as we were, they are the first appliance store you come to.

To cut a long and dull story short, we narrowed the choice of air fryers down to two; both Phillips brand air fryers. (Phillips invented the air fryer). The two fryers were identical in all but two aspects; colour and instrumentation. It was literally and figuratively, a black and white decision whether to chose the white fryer with a good old fashioned dial, or the black fryer with a digital control panel. The black fryer with it's numerous settings and bright lights was significantly more expensive. For me it was a no brainer. If the two appliances do the same thing, why pay extra for electronic controls?

It won't surprise you to hear, that my wife, as the chief cook in our home, had the final say and she chose the black one.

I'm totally okay with that. It's a great appliance which does what it is supposed to do and has certainly reduced the incidents of burns from splashing, spitting oil. I've even used it to cook pies because the gas oven we have, sucks. 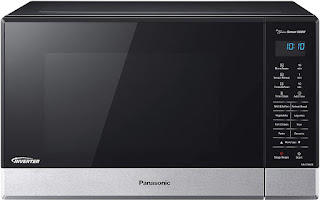 My issue is the electronic component. All modern appliances have them. They have all the whistles and bells, including the twin musical dipsticks I used to joke about in relation to cars when I was young enthusiast.

The trouble with all these fancy electronics is they are noisy. Really noisy. They're intrusive rude, and a bit of a nag. Where one beep might suffice to tell me the microwave has finished it's job, several beeps insist I take action. I can't touch any buttons without loud beeping. I can see the display so the sound seems redundant. I suppose if I was blind, I would appreciate it, but come on. Why is the sound necessary? Why is it so loud? When you turn a thing on. BEEP! When you adjust the time, temperature or other setting. BEEP! When you switch it off. BEEP! I don't see the need for it.

Maybe it's how the appliance asserts itself, signalling its obedience, declaring its efficiency. Maybe, it's intended to be reassuring. It's making a loud noise, so it must be good. It cost a lot of money so it must be loud, and the display must be bright. There's a light on the USB charger in our car. At night, it's so bright, it's distracting. What is the real purpose of all these lights and beeps? Do we really need the bells and whistles? 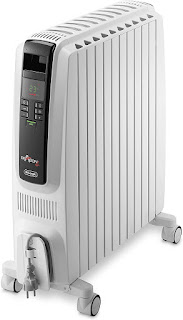 In the opinion of the writer the whistles and bells only serve to make appliances more annoying. I'll continue to use them of course, including my second choice air fryer, but I'll also vainly tell them to 'keep it down' while lamenting the intrusion of yet more unnecessary noise.