Snake Oil: The end of the world 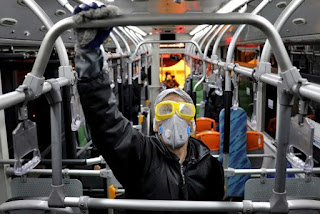 Speaking from within her apartment in Wuhan, a woman said she feels like it is the end of the world. She is in quarantine in a city which is the epicentre of the COVID-19 (corona virus). A city where the infection is spreading rapidly, where hospitals are full, where people are dying, where government officials are welding people's doors shut so they can't leave their apartments. This is Wuhan in Hubei Province, China where the doctor who first raised the alarm about this dangerous new virus was silenced, punished and died five weeks later. The truth about this province and the origin of the virus is as yet unknown. 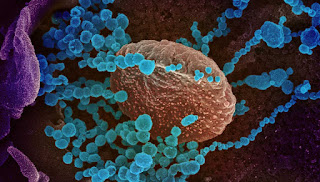 Here are the latest COVID-19 Coronavirus headlines from Reuters;

- Cases exceed 3,000 in South Korea in largest outbreak outside China
- At least 85,000 global cases are confirmed
- The death toll stands at over 2,900
- WHO warns risk of global spread ‘very high’
- Qatar, the Netherlands, Monaco, Iceland and Mexico record their first cases
-US citizens urged to avoid non-essential travel to Italy
- Italy places around 50,000 people in quarantine
-Schools in Japan to close amid the outbreak

According to the World Health Organisation, 95% of COVID-19 cases are in China and the majority of these are in Hubei province. That 2900 people have died is a tragedy, but did you know that around 56,000 people die from influenza or flu like illnesses each year? This isn't newsworthy because it happens every year.

The 1918 Spanish flu affected a quarter of the population of the world and killed an estimated 40 to 50 million people. It was the first occurrence of H1N1. The second was the swine flu outbreak in 2009 which the CDC estimates killed between 150,000 and 575,000 people. 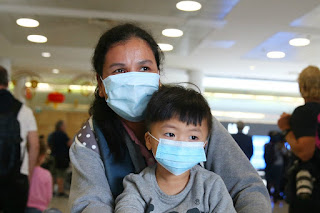 Stories about COVID-19 dominate global news services now. Clearly it's a serious health issue and governments, or should I say most governments, are keeping their citizens as informed and as safe as possible. For most people, in most parts of the world there is really no cause for alarm. The virus will be contained. New infections will stop occurring. The death rate will slow to zero. The majority of ill will recover. Travel restrictions will be lifted. Face masks will be easy to purchase. Life will go on. This is not the apocalypse. It's not the end of the world. Even the actual end of the world is not really the end of the world.

Sometimes information makes us feel safe, sometimes it has the opposite effect. Truth is a casualty in times like this. With so much misinformation around. Eventually the truth about COVID-19 will be discovered, but by then the world will have moved on to its next hysteria inducing disaster story.

Email ThisBlogThis!Share to TwitterShare to FacebookShare to Pinterest
Labels: coronavirus, COVID-19, D.A.Cairns. square pegs, influenze, the end of the world