Based on outgoing US President Donald Trump's strong anti China stance, my wife was hoping he would win another term in the White House. She's from Vietnam, whose government is essentially a Chinese puppet regime. She's one of the proud Vietnamese citizens who resent Chinese interference and control. It was either on my first or second trip to Vietnam that I found myself in an anti China protest march on the streets of Ho Chi Minh's city District One. I remember well the depth of feeling in that crowd. 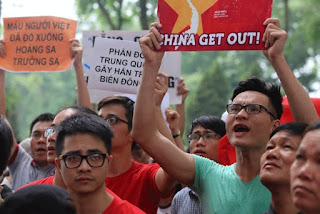 My wife is so anti Chinese that we are not allowed to purchase products made in China unless there is no other option, and even then, sometimes not. She loves politics and is very up to date with the news, although I would question the objectivity of what she reads. She suspects the Chinese people she meets in her new home, Australia, of being spies and has a general dislike for China's citizens and Australian Chinese immigrants.

She's open minded enough and intelligent enough to be learning from her personal experiences that painting everyone with the same brush is not only only wrong, but quite racist. On the question of the value of Trump there was no point arguing against it. "Make America great again", she would quote at me.

Anyway, steering around the topic of the 2020 US presidential election, was relatively easy. I find politics fascinating but am more interested in my homeland, Australia, than America. I was quite ambivalent about Donald Trump from the beginning and remain so today. In some ways, I admire him, in others I find it had to respect him or take seriously what he says. It's not my intention to discuss US politics in general or to specifically comment on the one term presidency of businessman Donald Trump. I know enough to know that I shouldn't be writing extensively on topics about which I have limited knowledge. I'm also wise enough to realize that some arguments are not worth having. 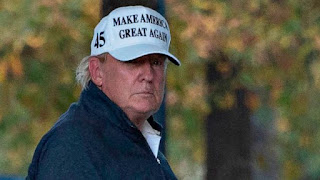 The Aussie and US political systems are quite different beasts, despite a number of similarities. Perhaps the most significant difference is that, unlike Americans, Australian's do not vote directly for the leader of their government. Here are some other notable differences:

In the Gettysburg Address, democracy was described as government of the people, by the people, for the people. Churchill famously said that democracy was the worst form of government except for all the others. Roosevelt and Gandhi felt that democracy would fail without education. Bertrand Russell though that democracy simply gave fools the right to vote which he contrasted with dictatorships which gave fools the right to rule. Many famous people have made fascinating and insightful comments about democracy since its birth in ancient Greece up until the modern era in which democracy is a popularity contest and its actors men who are regularly lampooned and criticized no matter they do or don't do.
On balance, I'm pleased Donald Trump was defeated by Joe Biden, but America is not a country I hold in especially high regard, and its doubtful that the change of president will result in anything but a return to normal (pre Trump) transmission which if nothing else will be far less controversial, polarizing and antagonistic. What will it mean for me personally? Not much.
Having avoided upsetting my wife by not arguing against Trump and his often embarrassing behaviour, nor being unsympathetic to her views and the background underpinning them, I will continue to enjoy a peaceful relationship with her. I will also continue to be choosy about what I accept as truth, knowing full well that snake oil and politics go hand in hand.