In the digital age where everything is computerized and all tasks may be accomplished online as long as you can remember your login details, it strikes me as very strange that a simple thing like activating an internet service, could be so hard.

In the digital age of instant connection and immediate gratification how can a man be told that it will take 2-4 days to activate a phone line, and a further 4-10 days after that to connect the internet service?

iPrimus, an internet and telephony retailer, has been providing good service to us for over a year now except when it comes to relocating. We had a similar problem when we first moved to 2527, but I excused the delay because we were moving the huge distance of 20 kilometres. Our recent move, which resulted from a totally unexpected eviction notice, saw us transport all our worldly possessions to a new home three doors down from the old one. Yes, three doors: not even one hundred metres, and yet here we are, eight days in our new residence, without internet or any immediate prospect of it. We also don't have access to free to air television, but that's a different story. 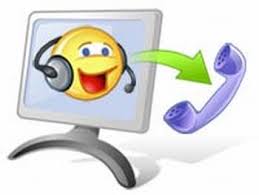 February 4: I received a text message saying that a technician was required to connect the telephone and that one had been booked for the 18th of February. I called iPrimus, to say this was unacceptable and I was asked if I wanted to request an earlier appointment. I swallowed the large furry ball of sarcasm in my throat and said, 'Yes, please.' They're coming on Monday.

I am thankful for hotspotting. Although I only have 5GB of data on my phone, it should suffice until we have our internet service activated, if I avoid downloading videos.

I'm really mystified by the delay in connecting us to the World Wide Web. It's as simple as pushing a few buttons, isn't it? Or am I hanging my naivete out on the line for all to see? This could only happen in Australia, right? The land of exorbitant charges, and pitiful excuses for poor service.