I need to confess, right off the bat, that I only used the word 'bomb' to grab your attention. Although I do have experience with letterbox bombs during my wayward and rebellious teenage years, I actually want to share with you some reflections arising from letterbox drops. I'm not sure if that's the official name for what I was doing for four hours this morning, but that's what we'll go with.

If you've spent time walking around delivery advertising materials to people's letterboxes, or, as in my case today, addressed mail from the local member of parliament, or if you've worked as a postie, then the following observations will certainly ring a bell. If not, then perhaps it will give you some insight into the trickiness of what would appear to be a very straightforward task.

Here are the three major problems which arise during a letterbox drop. 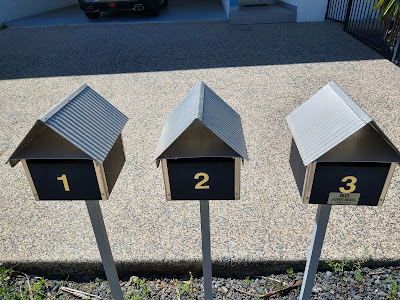 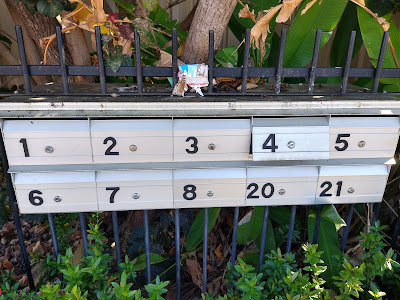 Despite these challenges, the irritating noise of barking dogs, and the heat, I enjoyed my work/walk. I said G'day to a few people, chatted with one lady about the crazy numbering, admired the well manicured gardens, appreciated the sleek architecture of the houses and I prayed for the names on the letters, for the people who live in those homes. I prayed for them, although I don't know them and will probably never meet them. I thanked God for the work and for the exercise.
Posted by DA Cairns at 4:31 PM