The Mirror: The Real Magic of Christmas

The next one we watched was a film on Amazon Prime called Lucy Shimmers and the Prince of Peace. If you're allergic to Jesus and Christians and people praying in movies, or if you're resistant to the idea that people practicing Christian faith can actually have a major positive impact on their lives and the lives of others, then give this one a miss. Christmas Jars is a Christian film but not explicitly so. It's a story about generosity. Lucy Shimmers is unabashedly evangelical, but lest that turn you off, let me make it clear that the theme of Lucy Shimmers is redemption and redemption is a also a major theme of Christmas. The birth of Jesus Christ was the first stage in God's plan to redeem us. 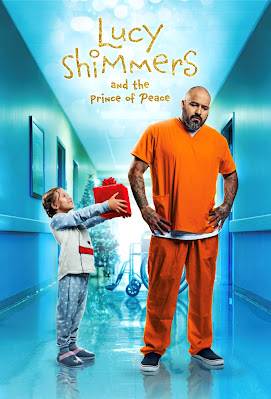 It's a little hard to talk about Lucy Shimmers without giving the story away, but switched on viewers will figure it out quickly anyway. Spoiler alert. Lucy is a five year old girl who is dying. She starts seeing and talking to her dead grandfather who is an angel. He helps her, more than anything or anyone else, to deal with her illness. In hospital, she meets Edgar a convicted criminal who is also dying. Lucy visits other patients in hospital as well, and makes friends with them all, blessing them with kind words and time. Lucy also writes a book about a dream she had. The way all these threads are tied together is magical. As with Christmas Jars, you will need tissues to watch Lucy Shimmers. Unless you have a heart of stone, this film will mess you up. Lucy Shimmers and the Prince of Peace perfectly demonstrates the power of love and grace. 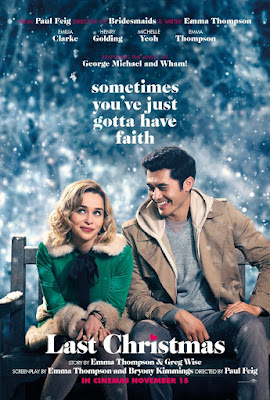 In a different vein, Last Christmas is also rated PG but it's the kind of PG which makes you wonder what the film classifiers were drinking when they viewed the film. (Lots of sexual references, one night stands, a lesbian relationship, and bad language. While viewers will fall in love with Lucy Shimmers immediately, and not long after also feel great compassion for Edgar, in Last Christmas it's a struggle to feel anything but antipathy for Kate who, like David Lavender in my novel Loathe Your Neighour, is highly skilled at making bad choices. She comes across as reckless, selfish and oppositional. However, once the viewer learns the reason for Kate's behaviour, there is automatic compassion for her. There's real character progression in this story which, apart from the twist which blew me away, is what kept me interested. The catalyst for the transformation/redemption of Kate is her encounter and subsequent relationship with a mysterious person who (spoiler alert) it turns out is also an angel. Incidentally, if you're a George Michael fan, he provides the entire soundtrack for Last Christmas.

All of these films show the viewer something magical and Christmas is magical. It's over now for another year. As I write, we are heading into a New year in which everyone is placing their hope. COVID-19 wrecked 2020. 2021 will be better. It can't be any worse. This is what people are saying, but for me hope is in Jesus and the power of love and grace to redeem us, to save us. The magical thing about Christmas is that God became a man in order to deliver us from hopelessness. Not to make out lives perfect. Not to remove trouble and suffering but to show us the value of it.

It's easy to watch films like Christmas Jars and Lucy Shimmers and the Prince of Peace and dismiss them as corny, feelgood films in which the characters don't act like real people, and the outcomes are literally incredible. It's easy to watch the redemptions of Edgar in Lucy Shimmers and Kate in last Christmas and write them off as glib. It can't be that easy, and let's face it, happy endings only belong in fairy tales, not real life. That kind of cynicism traps people in circumstances which they don't like, but they needlessly accept. The hope of the producers of these kinds of films is not just that the viewer will be entertained but that they will be transformed.

Why not give anonymous gifts (Christmas Jars), befriend lonely strangers (Lucy Shimmers) or volunteer at a homeless shelter (Last Christmas)? Why not try to solve your problems by looking beyond them? Irrespective of whether you believe in angels or not, why not talk about them as though they were real? Why not let hope so take root in your heart that you fell invincible? Why not share with others the grace God has shown you? What harm can be done by being more loving, more kind, more thoughtful and more generous?