"Looking back, it was clear that his father had used him. If he needed somewhere to sleep he would plead on Wittaya’s behalf, tapping into the sympathy generated by the sight of a helpless  baby, or a young child. The women especially were horrified at the idea that Wittaya’s father should be dragging him all over the city from place to place. They would keep him and try to persuade his father that Wittaya was better off with them, but he always refused. There were even women who offered themselves to him, and volunteered to care for both Wittaya and his father. These acts of kindness were politely refused. His father also used him to stay out of jail.

No doubt he loved Wittaya in his own way, but in later years, as Wittaya grew up alone in various orphanages and foster homes, he realized his father had not really known how to love him any differently. If nothing else, at least he had delivered him safely to Australia. He died three months after they arrived from tuberculosis." 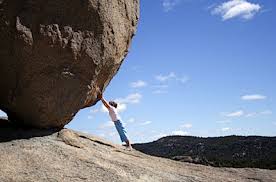 Some people, like Senator Wittaya Keawwanna, rise from the ashes of disadvantage and tragedy, and succeed. They trample obstacles as they strive to reach their goals. Rather than view their misfortune as an excuse for failure or a reason not to attempt anything, they use it as inspiration. And these people inspire us. We love ‘rags to riches’ stories, we delight in tales of lives afflicted with suffering in which the sufferers overcome, we marvel at people who rise above their circumstances.

What about those who don’t? What about those who are trapped in miserable cycles of depression, violence, addiction and self destruction? What’s the difference? Is it the person? Other people in their lives? Other external circumstances? Why do some people do well in life and others don’t? If life seems harsh and unjust, it’s because sometimes it is. Sometimes, I just want to go home to Heaven.
Posted by DA Cairns at 2:29 AM