On a recent edition of the hugely successfully, internationally syndicated radio show, Over the Fence with Trev and Dave,  I had to fly solo, so I chose to honour my missing radio partner by examining lists of top male duos. 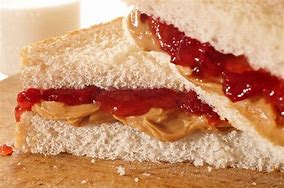 To my surprise, or perhaps complete bewilderment would be a more accurate term, two food duos appeared in the first list I found. Whilst, I can't dispute that peanut butter and jelly (what we call 'jam' in Australia), and burger and fries are excellent food pairings, I was perplexed as to how they made it on to a list of male duos. I'm pretty sure food is asexual, or gender neutral or whatever. Clearly food is even more important than male duos.

The inexplicable listing of peanut butter and jelly, and burger and fries on a  list of top male duos, did, however, get me thinking about food combinations and relationships. There's a sweet and savoury thing going on with many food pairings. There's a sense of complementary tastes and sometimes textures which make these combinations work for some people. I must emphasize some people, because not every thinks cheese and Vegemite is a good match up...for example. In fact, this might not be anywhere near as delicious or as popular as Vegemite and cheese fans make out. People often say they don't like certain foods or particular combinations of foods. Excluding people who have not even tried the thing they say they don't like, people who say they don't like certain foods often have a hard time saying why. They might use terms like it's too sweet, which makes sense if the person is not a sweet eater, but is baffling if they are. I do this. When offered a Vietnamese style sweet, lovingly prepared by my wife, I rejected it on the basis the taste was too sweet. (I did have an issue with the texture as well, but that wasn't the main issue.) I love sweets, yet I rejected the sweet my wife made because it was too sweet.

Time to get to the bottom of the margarine tub. What am I talking about here? 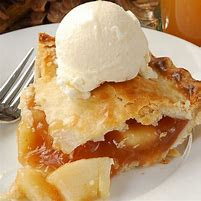 Most people not only need food, but love it. Likewise, relationships provide sustenance for our souls, and a huge amount of pleasure when they are healthy. Whether other people can see it or not, there is only one valid question about the relationship, irrespective of what it looks like (or tastes like -that sounds a bit odd). Does this relationship bring out the best in both people? To put it another way, is this relationship a blessing to those in it and those around it?

How would you describe your most significant relationships in food terms? Peanut butter and jelly? Beer and prawns? Ice cream and hot apple pie? Please don't say Vegemite and cheese.

**conflictedness is not a word according to the spellchecker, but I dispute that.
Posted by DA Cairns at 10:12 PM