I stepped off the edge, but I didn't fall. Was it a miracle? Was it luck? Was it, in fact what I had suspected all along? That if I surrendered my right to financial security based on working 9 to 5 for a wage, I would survive? 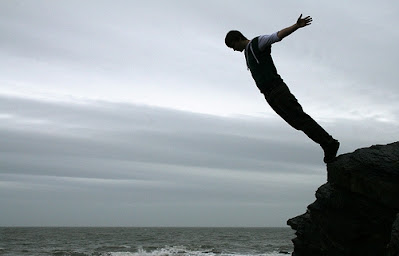 On April 8 this year I was made redundant. My role as lead teacher was identified by management as one which was unnecessary. I was no longer required. I couldn't help feel, as I still do, that the decision to deem my position surplus to requirements cast a pall on everything I had done during my two and half years with the company. It doesn't mean my contributions had no value, but it's difficult not to see it that way.

Losing my job was a good thing. Even though I enjoyed most aspects of the work, and of course I loved the regular pay packet and the associated tax benefits of working for a not-for-profit organisation, I wanted to leave. I had been praying for a way out.

Ever since I was gifted an old 486 computer, in 1998, and made the subsequent decision that I wanted to be a writer, I have been dreaming of achieving that goal. Of course, I could never pursue that dream full time. For mostly financial reasons, my writing remained a hobby, until April 8, 2021.

The time had come. I once dreamed of being a professional writer, of earning my living exercising my brain and my imagination by tapping on the keyboard of my laptop. Now I dream of more. I am a writer. Although it has taken some time to get used to, I now tell people when they ask what I do. I tell them I am a writer. Thanks for asking, I say then I give them one of my business cards. I'm a writer, but I'm not earning a living...not yet. I'm in a kind of freefall. Financially untethered.

I have six novels and scores of published short stories under my belt, but I've only made pocket money from these works. I have a memoir which is nearly ready to be published, and I've almost finished the first draft of what will be my seventh novel. My most recent short story will feature in an upcoming anthology. This is one aspect of my writing, one half, if you like, of my work as a writer. These are my projects. They bear my name. They carry my hopes. These are the projects will fuel my creative fire. 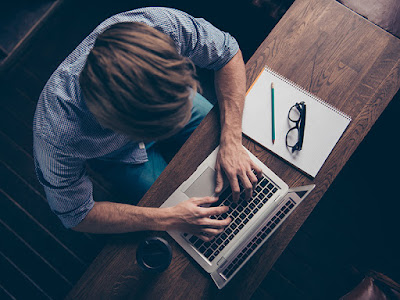 The other half is the new world of freelance writing: content articles, short stories, longer works of fiction, non fiction books, and even speeches. I get paid for them but none of these works bear my name because I'm a ghostwriter. Someone else gets the glory. I do get paid way more than I've ever earned from those pieces which bear my name though. It's not regular pay either, and mostly it's not big money and a lot of it is just work. The passion I feel for my work is missing with this ghostwriting work. It's just work.

The two platforms I've been using to find freelance writing work since I began my freefall are Upwork and Freelancer. Yesterday I made the decision to leave Freelancer. I apologize for teasing you. I did say in my previous post that I would discuss the differences between these two platforms in this post. However, when I sat down to write, I was carried away to another place. Not far away mind you. Not the bottom of the cliff from which I stepped off. I'm not going to reach the bottom, by the way. I'm on the way up because God caught me soon after I yielded to gravity. I'm safe, even though I don't always feel safe, I am.

I'm a freelancer. I'm a writer. My decisions are based on that fact now. How does this or that support my quest to return to my previous income level, or higher, on the back of my writing? That's the question.

Why have I dumped Freelancer? Why do I much prefer Upwork? How is my journey from hobby writer to professional going? Next time, I promise to lay it all out for you.