With apologies to Dominos, whose pizzas I enjoy periodically, I present the histories of vegetarianism, pizza and vegetarian pizzas. I will then explain how all three are intricately connected with, and reflected in, our relationships.

It seems the earliest record of vegetarianism, which is the choice to not eat meat, is in the writings of ancient India. Unless you read another article which says it was Pythagoras, the great Greek mathematician; he of the famous theorem we all studied in high school. It does seem clear though from the Biblical record that Adam and Eve were vegetarians. Next level vegetarianism is veganism, under which philosophy, practitioners do not eat or use animal products.  The term veganism is a 20th century construct, but this extreme form of vegetarianism, appears to have originated around the same time, in the same cultures.

Of course in Western societies, with their focus on the individual, vegetarianism has mostly been a choice; either a health choice or an ethical choice, or both. In eastern cultures, so bound with the religious beliefs of Hinduism and its offspring, Buddhism, and very much collectivist societies, such choices have not been, and are still not available. 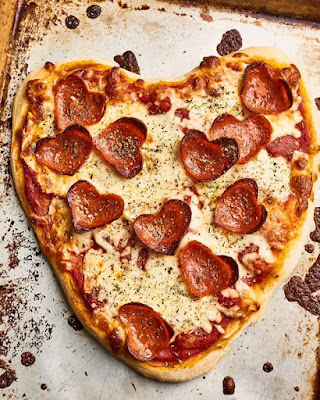 Pizza was also born in ancient times, although the first use of the word only dates back to first century Gaeta, now contained in the modern nation state of Italy. While ancient Egyptians, Romans and Greeks ate various flatbreads with toppings, the pizza, as we know it today is said to have been created in Naples, in the late 18th century.

You can travel to almost any country in the world and find some version of pizza, including vegetarian pizzas like one of my favourites, that I mentioned in the title of this post. However, it is only recently, over the last 10-15 years, that major western pizza chains like Pizza Hut and Dominos have begun offering vegetarian pizzas.

Also dating back to ancient, even pre-historic times, are relationships, and it is here that I wish to sharpen the reader's focus.

The issue of eating animal products, or not, can be an issue in relationships, but it generally isn't. Of all the problems and disagreements a couple will face, food has rarely directly caused a relationship breakdown. Eating maybe, but not food itself.

Perhaps because it is so vital, the question of what is eaten by who and where and when, seems to be an aspect of relationships in which compromise is relatively easy. As part of her Catholic practice, my wife chooses not to eat meat on Fridays. Although this prohibition is not a part of my religious practice, it has been an easy thing for me to simply not eat meat on Fridays. It's a simple way for me to demonstrate respect for her. She doesn't eat chicken because she doesn't like it, but she cooks it for the rest of the family, because we do.

If vegetarianism was a big deal for a particular person, it would certainly come up in the early stages of a relationship, and be dealt with. Post marriage or post relationship commencement vegetarianism might present more of a challenge, but as I said, it is highly unlikely to destroy the relationship. 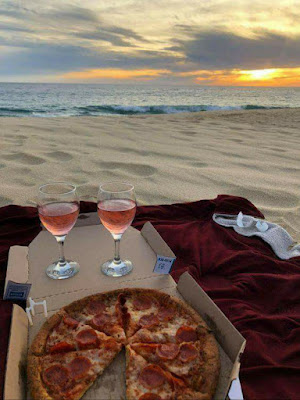