The Mirror: Peace in the midst of angry birds

I'm almost always behind the times with respect to fashion. Whether it be clothing, technology, music or whatever, I'm not an early adopter. I've even been known to deliberately avoid really popular bands or TV shows. Coldplay and Game of Thrones would be notable examples. I don't like the former and I've never watched the latter. All that is by way of introduction to this post, the title of which obviously refers to the video game, Angry Birds. Released in 2009, it quickly became a sensation. I recall playing it a few times and being angered by it rather than entertained. 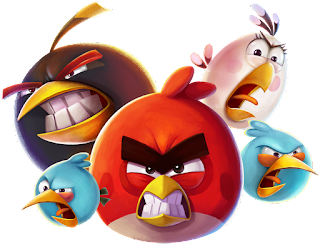 In 2016, long after the game had dropped off the radar, Sony pictures produced a film based on the game. Due to its success, they made a sequel in 2019. Which brings us to family movie night last night. My daughter chose Angry Birds 2. When I told her I had not seen Angry Birds, she said she hadn't either, so eventually I was able to explain to her the logic of watching the original movie before the sequel.

The main character in Angry Birds is Red, who has a problem with his temper which sees him sentenced by the judge to anger management classes which is the  most severe punishment available. I'll now point out the obvious irony in case you missed it. Red is an Angry Bird who lives on Angry Bird island, but gets into trouble with the law for his anger fueled actions. 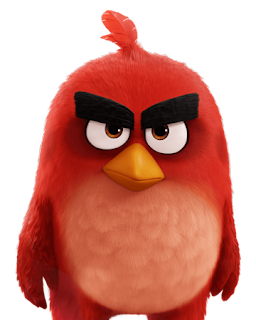 Interestingly, I thought Red's main problem was his negative attitude. He was a sarcastic whinger who ended up living outside of town, on his own, because nobody liked him. Later in the film, the audience is invited to feel sorry for Red because he was orphaned at an early age and was bullied at school. However, and this brings me to my main point, Red had a choice about the kind of bird he became. He could blame circumstances and blame others, but ultimately he was free to choose how he responded and reacted to to the happenings and birds in his life.

It may seem like a long bow to draw; perhaps even an insensitive one, to now talk about Viktor Frankl's powerful and best selling book, Man's Search for Meaning, but it's relevant. There is a connection. Of all the truly profound things, holocaust survivor Frankl says, the one that really struck me was where he talked about the final and ultimate freedom that all men have irrespective of the horrific situations they may find themselves in. The freedom to choose how to react.

"Everything can be taken away from a man, but one thing, the last of the human freedoms-to choose one's attitude in any given set of circumstances, to choose one's own way."

Another book I am reading at the moment is called Finding the Peace God Promises. In it, author Ann Spangler suggests that much of what we get angry about isn't worth the energy we expend, nor the time we waste. We rob ourselves of peace by fighting wars that are either unwinnable or unnecessary. In a world where most people are struggling for control, our attitude is one area which causes conflict but one which we can control simply by making good choices.