The Mirror: Instant Drop in Standards

Back in 1984, my 15 year old friends and I went to see a film which legally we weren't supposed to be able to see. I was able to buy alcohol as well around that time thanks to looking older than I was, and the slackness of those who sold the grog. I live in Australia's Northern Territory and I need to show my ID every time I buy alcohol at a bottle shop. I'm pretty sure I look over eighteen now, but we have a banned drinkers register up here, so no ID, no booze. Late in '84, I'm pretty sure the person who sold me movie tickets to Scarface (rated R) didn't even look at me to see whether I was old enough, and they certainly didn't ask.

How did I feel about seeing a film with sex, nudity, very frequent coarse language, graphic violence, gore, and intense and frightening scenes? Let me just say, there's a reason such content is restricted to adults. 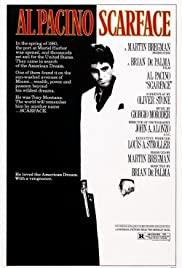 That was 36 years ago. Thirty six years. In the 1980's you never heard swear words on TV. There was no PG rating, but they had one called NRC (not recommended for children under 12), so films with a rating lower than M would generally have been considered okay for older children. There would not have been any course language or strong violence and certainly no nudity or sex, not even suggested or implied sex. TV was also very safe during prime time, generally speaking.

Of course, it's possible, I'm viewing the past through rose-coloured glasses, but I feel like there was a lot of safe, harmless viewing for children, even as recently as the late nineties and early 2000's when my older children were growing up.

I would have bet my life on a PG film being safe for my two younger children, now aged fourteen and eleven respectively. In fact, I tell them when it's their turn to choose, that anything PG is okay for us on family movie night. There's been a not of a blurring, a lowering of standards in my view, but it's been such a slow fade I wouldn't be able to pinpoint when it happened. At what point did someone say it was now okay to use the word "shit" multiple times throughout a PG rated film? When did nudity and strong sexual allusions become okay? Realistic violence? Did I miss something? There's no other way to describe it other than as a slow fade.

What brought this all to a head for me was last week's family movie. I'd previously considered this one, but baulked and, in it's place selected the pathetic Jack and the Beanstalk which I wrote about in a previous post. I hesitated and chose another film instead of Instant Family because of the advisory warning. These are good. These advisory warnings because they add detail to the rating. Okay, it's PG but why? What is it exactly that makes this family film not for general exhibition. Instant Family actually rated M today, but I swear it was PG on Saturday. Anyway, it's rated M with a content advisory saying its suitable for children aged 13 and over...which is what I thought PG was. 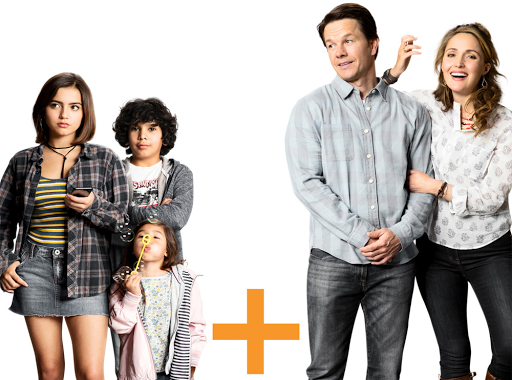 My point remains though, albeit minus my star attraction in the witness box. There are PG films with mild sex scenes, coarse language and medium level violence listed on Amazon Prime's ratings list. I reckon PG is no sex, no coarse language, and mild comedic violence only. But I'm swimming against the tide, I know that. When parents take their children to the cinemas to see M rated films, and they say that's okay because they are superhero films.

I admit to being conservative which may lead me to the continuation of this tiresome belly-ache. Rather than making clearer my already completely transparent views, I'll turn my attention to the film which started it all. It's ironic that it appears to have been my mistake which led me to having to try to explain 'dick pic' to my eleven year daughter. I chose an M rated film which contained frequent uses of 'shit'. And there were some fairly intense dramatic scenes and violence. You can see why I was shocked. And you can probably also see why I'm a little sheepish about my protest. Protest? Let's be honest, it was a rant; a baseless rant, (but not entirely baseless).

I'll be more careful next time.

Instant Family, by the way, is a terrific film. A highly recommended heart warmer.