It's not even a word, you know. Centimetering. And to make it a word, I have to use the US spelling of metre which is meter, otherwise it reads as metring. This doesn't seem important. In fact, it seems I might be writing a blog post for the sake of it; without any real propulsion via innovative thought. That might be the case. I can certainly see how it might be perceived that way, but perhaps I'm trying to say something really profound. I usually do. At least I usually try to be thought provoking. 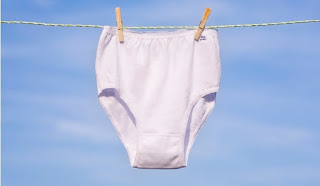 Okay, it's time to drop the pretense. On this occasion, I really don't have anything to say, so I'm using a writing technique which has always existed, but more recently become known as pantsing. Many of you will recall that in your school days pantsing was the act of pulling down another person's pants in order to embarrass them. Nowadays, this is considered sexual harassment. Pantsing in writing is the act, someone would say the 'art' of writing with no fixed plot or resolution in mind. In this context, the term itself was born from the expression to fly by the seat of your pants. Whether, I'm working a novel, a short story or a blog post, I don't usually pants it. However, on this occasion I am, but let me explain how I am going to tie these loose threads together.

There are times when life appears to move forward gently and uneventfully. This movement may be rapid, but it won't be perceived that way. There'll be no sense of the frantic, chaotic, full of surprises type of adventure. Things will seem relatively peaceful, not dull or devoid of activity, but steady and manageable. In my experience, it's not typical for life to meander. In my in between period, while I was waiting for my wife to be given permission to move to Australia, I was far less busy than I am now, but life still moved along quite steadily. I had less to do, and more time to do it. I wasn't necessarily anymore or less relaxed or peaceful. She and the children have been here for nine months now. Just like that. Life is much busier and time appears to be moving quickly, but not more or less quickly than it was before. 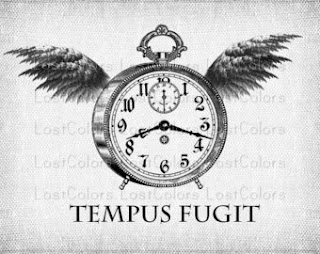 "Tempus fugit when you're having fun" is merely a matter of perception. If you concentrate, you can slow down and enjoy what might ordinarily be a blip on the radar of time. You can advance towards the future at a more comfortable and leisurely pace. When something progresses slowly, incrementally we say it inches forward. The problem with that saying is that it's a bit of an anachronism because we've been using the metric system in Australia since 1966.

So, I'll say life is centimetering forward because I choose it to do so. I don't wish away every moment of drudgery so I can get to the next thrill. I don't start work on Monday, gloomy, then proclaim the joy of Friday. Even when I am sick, as I am now, I'm careful not to wish the time away.

Time is one of the many areas impacting on our lives over which we have limited control. I can't create more of it. I have as much of it as I have which is the same as everyone: twenty four hours a day, seven days a week etc. I can make some things happen faster. For example, I can set my alarm and wake up earlier, then brush my teeth faster, but I haven't created more time, I've simply created more space within the time I have to do something else. My attitude can also affect the perceived passage of time. 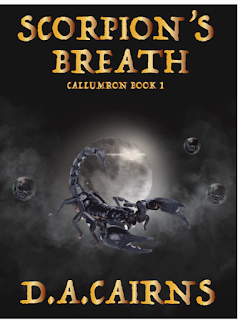 Scorpion's Breath will be released in December. I'm slowly working on the sequel, The Sorcerer's Tusk. I had to shelve plans to publish I Used to be an Animal Lover which I thought, and still think is a great idea, but nobody else did and without any money, I can't proceed with self publishing. I've been waiting over 20 years now to make it as an author, but I'm still wandering around in the forest of obscurity. You might say my writing career is centimetering forward, but you might just as easily suggest to say so would be an exaggeration.

There you go, seven hundred and thirty eight words written by the seat of my pants. I hope you don't feel that reading them was a waste of your time.