A Dog's Eye: More than meets the eye

Many of our students are refugees who suffer what is known as complex trauma which is a result of long term experience of traumatic events, including torture and other acts of violence against themselves and their loved ones. On the surface, they don't appear to be traumatized. Generally, they are very friendly, happy and grateful people.

We also have quite a large number of students who are migrants; predominately Asian women married to Australian men. Many of these marriages are abusive and half result in divorce and ongoing hardship for the women. They don't appear to be traumatized either. You wouldn't know from looking at them or even talking to them that their lives were in turmoil and their hearts were broken. Generally, they are very friendly, happy and grateful people. 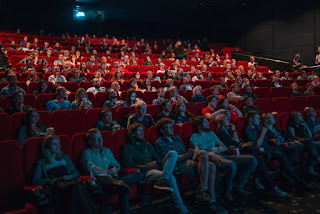 I went to see The Rise of Skywalker.* The film had been running for at least half an hour when a man came in, wearing a backpack, and found his way into the middle seat ten rows in front of me. Less then five minutes later, he got out of his seat, the illuminated screen of his phone in his right hand, and left the cinema. He didn't return.

Later, much later and further into the film, a couple of women entered the cinema and walked up the steps of the right hand side aisle looking for their seats. Evidently deciding it would be easier to access their seats from the other side, or that their seats were on the other side, they walked to the left hand aisle. Not more than five minutes after they sat down, one of the women rose from her seat and left the cinema. She did not return. Maybe ten minutes later, her companion also left; never to return. 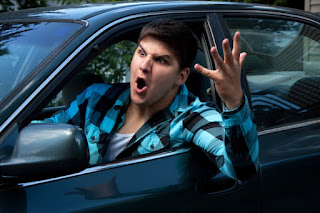 A bus driver once pulled alongside me, opened his passenger door and began to abuse me for some alleged traffic offense against him. He held his position right next to me, keeping only half an eye on the road and continuing his verbal tirade for several minutes.

I don't know any of these people well; the cinema people and the bus driver, not at all. It's hard to interpret external behaviour. Who knows if outwardly happy people are really happy? Or if road ragers are really angry? Who knows why people would enter a cinema long after the movie has started, and then leave long before it finishes?

This is exactly why the Bible warns us not to judge people. We simply aren't qualified. We don't know enough. Yet, we do it, almost automatically, all the time. Even though we expect grace and understanding from others, we find it hard, sometimes too hard, to dispense it. There's always more to the story. There's always more than meets the eye.

*The Rise of Skywalker is a terrific film. Very entertaining. Some really nice story line gaps filled in. A couple of wow moments and scenes. A bit or humour. First rate special effects as expected. A very worthy addition to the Star Wars saga. As an aside, I still don't understand why parents take young children to M rated films. There's a lot of violence and some horror in The Rise of Skywalker, but there were children as young as five in the cinema watching it. I don't like that, and ironically, am being judgemental towards those parents.
Posted by DA Cairns at 4:12 PM