With the 2017 A - Z Blogging Challenge done and dusted, life has returned to normal - whatever normal is. I have new blog buddies, new heavy metal bands to enjoy and time to write. My long neglected WIP awaits nought but the return of inspiration and drive.

At work, after four short weeks due to a procession of public holidays concluding with May Day (which I didn't even know about until the Friday before), my pay packets will return this week to full, thus permitting my financial belt to be loosened. 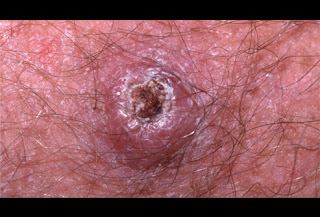 About two months ago, an alien starting growing on my forearm. Initially diagnosed as a wart and treated as such, it eventually became apparent that this alien was not a wart. It turned out to be a squamous cell carcinoma which is a non melanoma form of skin cancer. Having been named and shamed by a skin specialist, the alien invader was removed with a scalpel and I received six stitches in its place. The stitches were removed last Friday and as a result, today I was able to return to the gym. Speaking of results; tests conducted on the alien showed it was non-malignant and I am in the clear. Thank God.

For reasons I won't go into now, I had been using white sugar in my tea since shifting to the Top End, but with the move into my new CBD apartment, I have returned to raw sugar, and bless me, it is great. I love the smell of raw sugar and it tastes sweeter too I reckon.

How has your week been? Any returns?

Roughly two out of every three Australians will be treated for some form of skin cancer by the time they reach 70. 750 000 people are treated for no-melanoma cancers every year, and the incidence is almost double for men compared to women.
a pictorial guide to skin cancer
Posted by DA Cairns at 8:08 PM