Celebrate the Small Things: the NBN 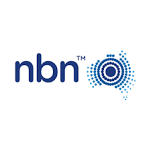 The National Broadband Network (NBN) is Australia's largest ever infrastructure project and was initially planned and commenced by Kevin Rudd's Labour federal government. It has been the subject of much political and community debate. Both the costs, and the timeline for completion have blown out significantly, but I for one, do not care how much it costs or how long it takes to build the network (although sooner rather than later would obviously be preferable.)

Australia is a bit behind the times with technology. Although we love the latest stuff and are quick to adopt new technology we always have a bit of a wait for it, and we always pay much more as well. 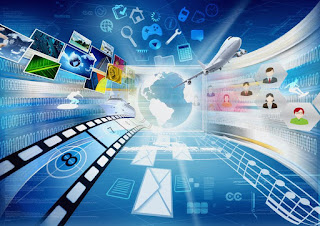 We have unlimited ADSL2 broadband with iPrimus. They contacted me yesterday with the good news that the NBN was no available in our area and we could now upgrade with no additional charges. We had to have a new modem which they would give us for free if we paid the postage charge. When I complained about that, I was offered a $50 credit, so we will apparently have a smooth transition to a faster and more reliable broadband service plus $35 credit (taking off the postage charge for the modem) I spent twenty minutes on the phone with the salesman, going over all the details.

The salesman could not say when exactly the upgrade would occur, but told me that we would be notified in due course.

Today I received a text message from iPrimus saying the NBN will not be available in our area until at least December...maybe. I laughed.

I do have NBN where I am living now in Darwin, and I love it. It is faster and more reliable, and thus far I have no complaints at all. So today I am thankful for my internet service.
Posted by DA Cairns at 8:03 PM