Cinderella is an old story which has been retold and reimagined in various ways, hundreds of times, most notably in movies. Last night we watched the latest adaption of this very well known and much loved fairy tale. I'll have more to say about the film in a moment, but first to satisfy your curiousity, as I needed to satisfy mine, let's go back. From where did the hyper romantic fairy tale of Cinderella originate?

While versions of this classic story date back to 6th century Greece and 9th century China, the English version with which we are familiar has its roots in Charles Perrault's Cendrillon which was published in 1697. Nowadays we use the term 'Cinderella story' to refer to any story in which a nice, deserving person, finally has something good happen to them. It might be marrying a prince or it might be winning a world heavyweight boxing crown such as was achieved by James. J. Braddock in 1935. Braddock's inspirational rags to riches story was depicted in Ron Howard's 2005 film, Cinderella Man. 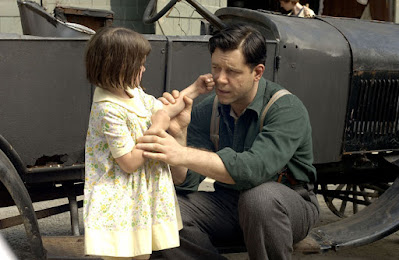 The story appeals to us because it is the stuff of dreams. Who doesn't want to find their true love? Who doesn't want to be rich? Who doesn't want to be a champion? For most of us, riches and glory are for other people to have and for us to imagine having. While we may not dream of being a world champion, a rock superstar, a movie star, president, prime minister or king, we all have dreams. There are things we want to achieve, metaphorical mountains we want to climb. Life is characterised by struggle and there is meaning in the struggle, but we want to win. We want to overcome. If we can't do it, or if it seems too far away, we don't give up, and at the very least we can vicariously enjoy the victories of others. When Cinderella marries the prince, she not only finds true love, but is released from poverty and mistreatment. From having nothing but her dreams, she now has everything she ever wanted and more. Her success makes us feel good, but more than that, it gives us hope.

Cinderella 2021 stars Pierce Brosnan and Minnie Driver as King and Queen leading a cast of relative unknowns in a whimsical musical adaption of the Cinderella story. It featured some nice twists and some terrific songs, like Somebody to Love and Ed Sherrin's Perfect. Although it felt a little awkward at times - a fault of the writing mostly, but also some of the acting - Cinderella had some truly magical moments. Sure, it was corny and predictable, but as far as warm and fuzzy goes, it was a winner in my eyes. It was also genuinely funny in places, and featured in my opinion the best ever Fairy Godmother, played brilliantly by Billy Porter. 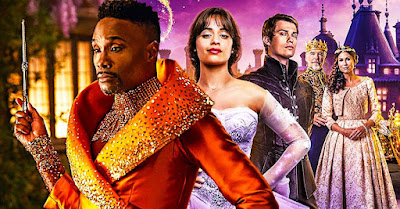 Feel good 'Cinderella' stories are important to us because they give us hope and they help us to keep on believing, to keep our dreams alive.