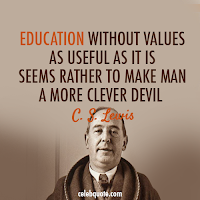 What values underpin the rationale behind and the aim of public service announcement ads? I suggest a shared community value of respecting other people's three Ps: person, property and peace. These types of ads are clearly designed to educate people, unlike most ads which are designed to persuade people to spend money on things. Advertising is all about influencing people. Public service ads attempt to change people's behaviour. The problem is that the people most likely to pay attention to these ads are those who agree with the message of the ad, and are already doing so.

The ad I'm particularly interested in at the moment is a message from Darwin City Council about responsible pet ownership. What are the chances that irresponsible pet owners are going to see this ad, repent and turn over a new leaf? For starters they probably can't even hear the ad because their dog is barking and they're vainly yelling at it to stop. When people buy pets, they generally know what they are in for: some degree of trouble. When they buy puppies, they've got a good idea of exactly what sort of trouble they're in for, and what they can do to prevent it. 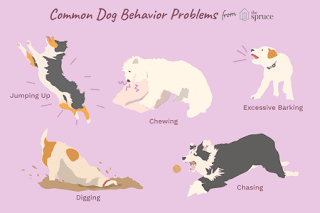 Nuisance behaviour is preventable. That's the main message of the  ad. The slogan says "Good pets start with you." Does anybody not know that? Does anybody not know that if you don't train your pup, it will become a pain in the neck? If I owned a dog, I would at least attempt to train it. I don't want to deliberately make my life more difficult, but that's exactly what people do. With dogs, I'm sure people have the best of intentions, but life gets in the way. Or maybe it's sheer laziness. Perhaps it's delusion.

I have been a victim of nuisance behaviour by animals many times in my capacity as house sitter. I am the victim of nuisance behaviour right now by Whiny McBarkenstein. I'm helpless to change this behaviour. I can only deal with it as best I can. At most I spend three or four weeks in some one else's home looking after their pets. Often it's less than a week. Powerless I sit, watching these ads about dogs acting badly, and shaking my head.

The one shining light in all this-there are several actually; the truth is that getting into house sitting which I've been doing full time since April 2018, has saved my financial bacon. But the other thing house sitting has done is fire up my writing. This blog post is a brief sample of my WIP which is called I Used to be an Animal Lover. As my wife said when I was complaining about not being able to sleep because of the dogs and a rooster, at least I have a lot of ammunition for my book.

I've already completed 34,861 words of the first draft in just twenty days and I'm loving writing more than I have for quite a while. In the process,as is always the case, I'm learning lots of fascinating things related to animals, and as the book is part memoir, I'm also doing what all writers do; dealing with demons in my head.

Finally, back on the ads. I think they reinforce good behaviour in those who are already behaving properly, according to a shared community value. (respecting person, property and peace).The ads do not change the behaviour of people who don't. I'm not sure many people are even capable of acquiring new values.