A is for Ashmore Grief

A is for Ashmore Grief

Mark nodded and made some noise which he hoped would satisfy his companion on deck, Able Seaman van DeKlyf. The Kimberly Birdwatching tour groups were a familiar site on Ashmore Reef.  They visited this National Nature Reserve which comprised three islands bi annually in a luxury catamaran in pursuit of birds. To see them, hear them, photograph them and tick them off a list.

Van DeKlyf shook his head. ‘Birds are birds mate. Not that interesting. Not the feathered kind anyway.’

‘You’ve obviously never seen a Masked Bobby then, have you?’ 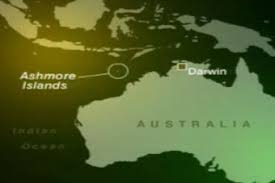 The title of my novel, Ashmore Grief, refers to the three islands comprising Ashmore Reef which together with Cartier Island and the 12 nautical mile sea between them form a distinct territory of Australia. Located 320 km off Australia’s northwest coast, they are uninhabited, mostly covered with coral and sand, and to all extents and purposes is quite insignificant.

Apart from the fact that it gets regular mentions in the news because of the fact that it has becme a popular target for people smuggling boats transporting asylum seekers to Australia. Once arrived, the illegal arrivals would claim that they were now in Australian territory and request asylum. Lives have been lost in the pursuit of freedom by desperate people. Boats sink. People drown. They die of illness. This is the human tragedy beneath the political rhetoric. This is the grief to which I refer in the title of my novel.

Other less notorious visitors to these islands include birdwatchers who travel there with special permission on organized tours. The birds are protected by law, and some may argue that more care is shown for their welfare than for the welfare of asylum seekers and refugees.