There will be many people like myself, waking up this morning in Australia, feeling a little sad. Unsurprisingly, it was only about four hours after the polling booths closed and the vote count started, that  Prime Minister, Kevin Rudd officially conceded defeat, on behalf of the Australian Labour Party.

Later this week, our new Prime Minister will be sworn in by the Governor-General, and those of us who are disappointed by the election result and unimpressed by the man who will lead this great country for the next three years, will just have to learn to live with it. Australia has decided. The government has changed. How much Australia will change as a result of the resounding election victory by the Liberal/National Party coalition remains uncertain. I have grave concerns. I have read some very alarming pieces of information put out by Coalition opponents with respect to the aggressive, and I would add regressive, policy agenda of the incoming government. I'm hoping they are exaggerations, but I must admit to honestly being a little worried about the future. 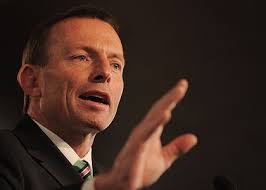 Tony Abbott, Prime Minister elect, waged a relentless 5 year campaign. He offered nothing positive because he and his team were hell bent on completely discrediting the government. They did a good job. They convinced enough people that the Labour government was a failure, despite the facts. With the support of Australia's largest media network, who rabidly attacked and ridiculed the Prime Minister from the beginning of the campaign until the end, the Coalition won office with a collection of uninspired and inferior policies. 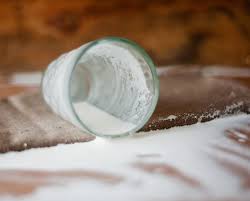 When I opened the fridge door this morning I found a lot of milk where it should not have been. Someone had failed to tighten the cap on the bottle and laid it down on a shelf. Milk spilled from the middle shelf to the bottom shelf, forming a white lake with little islands of cheese, ham and creme caramel. I cleaned it up, and was struck by the poignancy of the moment. What a timely metaphor.


Australia has a new Prime Minister: a man I don't like, who doesn't inspire me, and with whose policies I do not agree, but there's no use crying over spilt milk. Life goes on. We'll probably be all right.